PROJECT New York is a major casual and sportswear fashion show that will run from July 18-19th. This event has an exhibition that features legendary […]

Alex Papachristidis Interiors was founded in 1987 and has since completed projects for a distinguished roster of residential and commercial clients around the world, from […]

The luxury market is expanding and is still growing. Experts forecast an annual growth rate for the luxury goods market of 5-6% between 2013 and 2015. A nortyh american company estimated the luxury market to be valued at $274 billion, with a potential to reach an astonishing value of $290 value by 2016.

Whilst the luxury market has been dominated by Louis Vuitton, which continues to be the most valuable luxury brand on a global scale, other names have been emerging as potential market leaders. Gucci and Prada have experienced the most significant growth. With great growth and potential, brands like Prada, Gucci and Hermes may one day overtake the market. and reach the number one spot.

Coach, Inc. is a luxury leather goods company from America. The company was founded in Manhattan, New York, in 1941. Coach is currently run by CEO Lewis Frankfort.

As of 2013, Coach has over 600 stores in the United States and Canada, and is currently the top 10 most valuable luxury brand in the world, with a brand value of over $3,2 billion.

Coach currently collaborated with Billy Reid to produce one of the most expensive bags in the world, priced at approximately $20 000. Other Coach products usually sell in the region of $500, but the company is continuing to tap into the luxury market with higher priced items. Fendi is an Italian luxury fashion house, which was founded in Rome, in 1925, by Adele Casagrande. Fendi has more than 117 stores worldwide, with headquarters in Rome, Italy. The luxury goods company, Fendi, is the ninth most valuable luxury brand in the world, with a brand value of $4,6 billion. The famous Fendi “baguette” handbags sell for approximately $2,000 to $5,000 a piece.

Burberry Group plc, mostly known as Burberry, is a luxury fashion house from Britain. The company was founded in 1856 by Thomas Burberry. It started up in Basingstoke and now it has headquarters in London. Burberry operates under three brands, including Burberry Prorsum, Burberry London and Burberry Brit.

Burberry is one of the top 10 most valuable luxury brands in the world, with a total brand value of over $3,2 billion. The luxury goods company operates more than 500 stores in over 50 countries worldwide. The famous Burberry coat made of peacock feathers sells for approximately $35,000.

Société Cartier, mostly known as Cartier, is a French designer and manufacturer of jewellery and watches. The company was founded by Louis-François Cartier in 1847, in Paris and still has its headquarters in Paris, run by CEO Stanislas de Quercize.

Cartier is the seventh most powerful luxury brand in the world, with a total brand value of $6,3 billion. The company has over 200 stores worldwide and operates in more than 125 countries. One of their finest collections, the Cartier WatchTank Anglaise, sells for approximately $32,000.

Chanel is a private French company that was founded by Coco Chanel in 1909. Today the company is owned by Alain and Gerard Wertheimer, who are the grandsons of the initial business partners. The company’s headquarters are in Paris. The brand is famous for it’s top luxury goods, among which is the No. 5 de Chanel trademark, their signature perfume. Marilyn Monroe was one of the most famous celebrities representing Chanel No. 5.

Chanel is one of the most valuable luxury brands in the world, with a total brand value of $7 billion. One of the most expensive Chanel items is the “The Chanel “Diamond Forever” Classic Bag, sold at approximately $261,000. 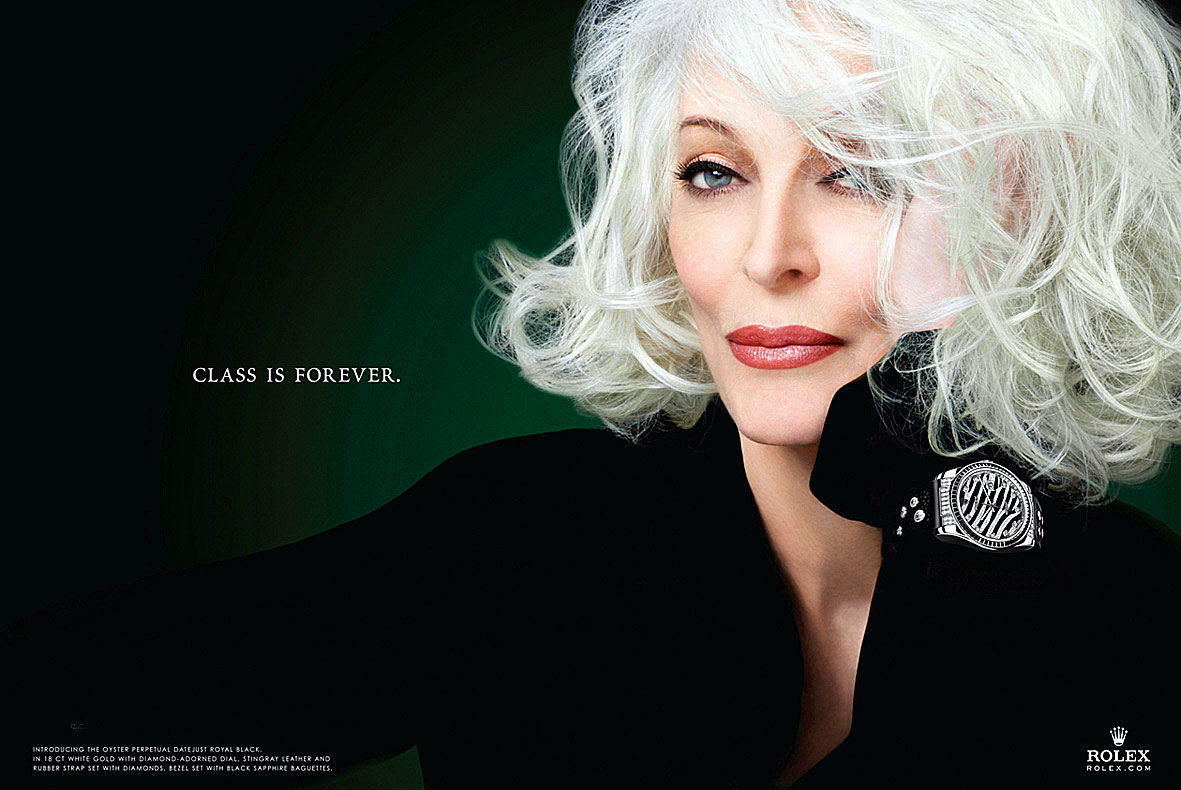 The Swiss watch manufacturer was founded in 1905 by Alfred Davis and Hans Wilsdorf. It started up in London and after 15 years, in 1919, the operations were moved to Switzerland. Today the headquarters of Rolex are in Geneva, Switzerland.

Rolex is the top five most valuable brand in the world, with a total brand value of $7,9 billion. A Rolex watch from the Pearlmaster collection sells for approximately $53,000. 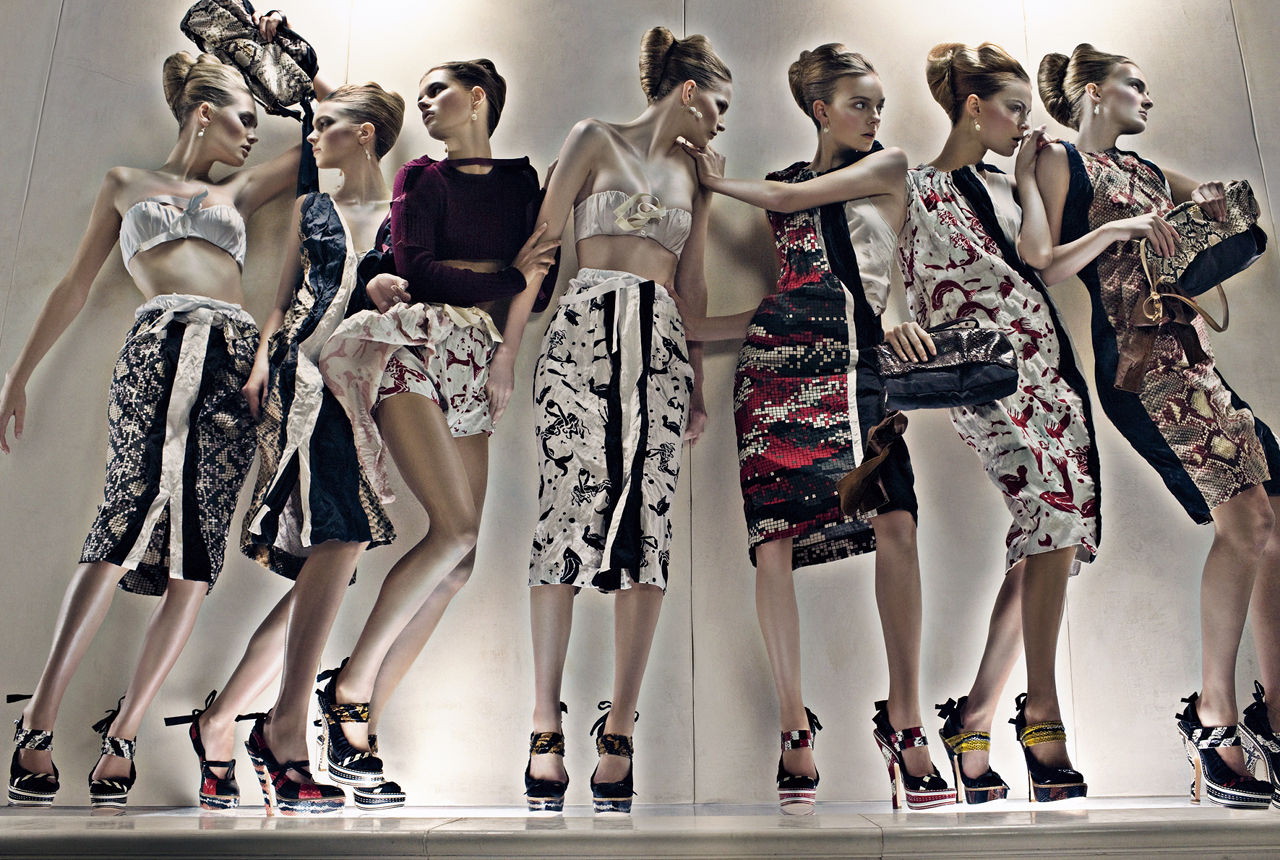 Prada S.P.A., mostly known as Prada, is an Italian fashion house that was founded in 1913 by Mario Prada. The company has the headquarters in Milan, Italy, and is run by CEO Patrizio Bertelli.

Prada is the fourth most valuable luxury brand in the world, with a brand value of $9,4  billion. The brand experienced a sharp rise since 2012, increasing in value by 63%, from $5,7 billion to $9,4 billion.

Prada was also introduced at number 95 on the Brandz list of Top 100 Most Valuable Global Brands 2013. The famous Ostrich leather bags from Prada sell for approximately $10 000 a piece.

Gucci is the third most valuable luxury brand in the world, with a brand value of $12,7 billion. Gucci was founded in Florence in 1921, by Guccio Gucci. Today Gucci is part of the Gucci Group and is owned by Kering, a French company mostly known as PPR. The current CEO at Gucci is Patrizio di Marco.

Hermès International S.A., mostly known as Hermès Paris, or just Hermès, is a French luxury manufacturer that was founded in 1837. The company is the second most valuable luxury brand in the world. The French manufacturer ranked 40 in the Brandz Top 100 Most Valuable Global Brands 2013.

One of the Hermès signature orange bags can be bought for approximately $4,420. In 2011, Hermès set a world record, when one of their famous bags, the Hermès Birkin Bag, was sold at an auction for an astonishing price of $203,150 and became the most expensive purse to be sold at an auction.

Louis Vuitton Malletier, often referred to as Louis Vuitton, or LV, is a French fashion house, that was founded by Louis Vuitton in 1984. Crowned the most valuable luxury brand in the world, Louis Vuitton has a current brand value of $28.4 billion and ranks number 10 on Forbes list of The Most Valuable Luxury Brands 2013.

In spite of dominating the luxury market, Louis Vuitton has experienced a loss in brand value of 12% since 2012.

The list with the top 10 of the word’s most powerful luxury brands reveals the significant lead of Louis Vuitton, the growth of well-known brands such as Gucci and Prada and the expansion of Coach, especially due to their collaboration with Billy Reid for a top luxury item.